I don’t know about you but when I was a kid multigenerational travel consisted of a station wagon, lots of car sickness and grandmas house 12 hours away. I was 16 before I went to any state outside of the route to grandmas (ID, WY, MT)

At 16 two big things happened – first for Christmas we borrowed a pick-up and all 10 kids slept in the back shell as we traveled to CA to go to Disneyland. The second was I flew on an airplane. My parents went on a tour to Israel and the middle east and they farmed out all the kids. I with my two brothers and one sister were flown to Portland. I loved getting out of UT and exploring “the world”

The travel bug really hit when for my first year of college I went on a 6 month study abroad to Israel. On the way there we went through Europe – France, Switzerland, Italy and Greece. My mind was expanded in ways I couldn’t imagine. To actually see the places I’d only seen in books – and people — people that lived on the other side of the world from me.

From that time on I decided that when I had children we would travel, they would see the world and experience cultures and places. Considering we lived on a teachers salary and I was a stay at home mom we did a fair bit of travel. We even moved to Honduras for 6 months and put them in the local schools.

Now I am to the next stage. My kids are grown and starting to have children of their own. My children are working hard to support their families with little time for travel.

The new MMGY Global/Harrison Group 2012 Portrait of American Travelers survey, which polls 2,527 U.S. households nationally, found that 37 percent of leisure travelers say they’ve traveled with grandkids just this past year. Twenty-two percent report they are even leaving their children behind and just inviting the grandkids along.

The world has become a much smaller place with so many inexpensive ways to see the world and explore. I can’t think of anything I’d rather do then to explore it with my own children and grand children. I thought I’d start looking into the best travel sites for grandparents thinking of sharing this sort of an adventure with their grandkids and this is what I found.

For me there is nothing like the beauty of the national and state parks that are closer to home. Living in Utah we have 5 National parks (13 national park units) and 43 state parks (I had NO idea!) So there is literally no excuse for me to not get out and explore.

You may not have as many state or national parks but you will have some. Maybe start close to home and see what you think about traveling with your grandkids. Then modify and adjust from there.

The next place I found is a scholastic site called Road Scholar. They create tours around themes and learning. They have 181 different trips you can take with your grandkid(s) including castes, whales, birth place of nations, river rafting. The world becomes your study guide.

It’s been 15 years since my Mother-in-law took the entire family on a Disney cruise. The occasion was the graduation of her 3 oldest grandkids. They were now headed out into the world and she wasn’t sure when we would all be together again. To say Disney knows how to make things fun when you have kids ranging from a few months old to 18 is an understatement. There is something for everyone.

They have over 30 adventures on six continents. The great thing about Disney, in my opinion, is how kid safe it is. I love that there are no casinos on the Disney ships. It creates a totally different feeling because it is so kid focused.

The Smithsonian also offers family travel. One of the cool things about the Smithsonian is the fact that you can create a trip tailer made for you and your grandkids. You can explore the country of your heritage or just tour all the major soccer stadiums of Europe – depending on the interest of your grandkids.

This past summer my husband took our oldest grandson on a “Fathers & Sons” up the canyon. My grandson is 4. Words cannot describe just how excited he was about the entire thing. He told me “This is my first real camping trip. I’ve camped in my yard but never up in the mountains before.”

Needless to say they didn’t catch a fish to the great disappointment of Beau but we did learn that Beau loves fishing. This super active little human who can never sit still for 5 minutes cast without any issues and would sit for hours (if allowed) waiting for the fish to bite.

And when it came time for scary stories around the campfire – he was ready – but no one else was. Instead they were telling jokes which of course he had one to tell. Everyone laughed and my grandpa was amazed by his courage and his tenacity.

Showing your grandkids the world doesn’t have to be complicated or expensive – it just takes time. Probably the best investment you will ever make. 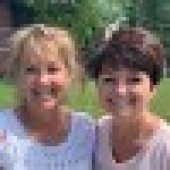 5 Fun Things to do on Old Rock Day

Being Involved in Your Family Finances and Investments

Teaching Grandkids the Importance of Service